'+ As a vow. Romanos, son of Daniel and Anastasios, from the village of Euareia Kadama (?), offers (it) to (the church? or monastery?) of the God-Bearer Mary. +'

Acquired by the Museum in 1972, on the antiquities market in Paris. Probably of Syriac origin, the territory of Palmyra, exact provenance unknown. First published in 1996 by Noël Duval and Catherine Metzger with the assistance of Denis Feissel.

The inscription commemorates the offering of the altar table on which it was carved by a certain Romanos. His father's name is Daniel, and his mother's Anastasion - Denis Feissel points out that this is a rare case, when a woman bears a neuter name.

The beneficiary of the offering is a church dedicated to Mary as the God-Bearer. Interestingly, the name of the saint is in the genitive case, but is preceded by the article in the dative form, which apparently refers to the understood word 'church'/ἐκκλησία or 'monastery'/μονή.

The name of the village of the donor is otherwise unattested. Its nominative form is probably Euareia Kadama or Euareis Kadama. The editors recognised the Semitic roots in this Greek name: hwr / 'white' and qdm / 'old', thus the name of the village might literally mean 'Euareia (the White Village) the old one'. A certain Hawarin/Euareia/Aueria was a bishopric in the territory of Palmyra, and the village of Akadama lay in the same area. Though none of them is likely to be identical with our village, the latter must have been situated in the region, where similar naming habits were used (central or north Syria).

Dating: the editors dated the object to the 6th c., based on the form of letters and contents of the text. 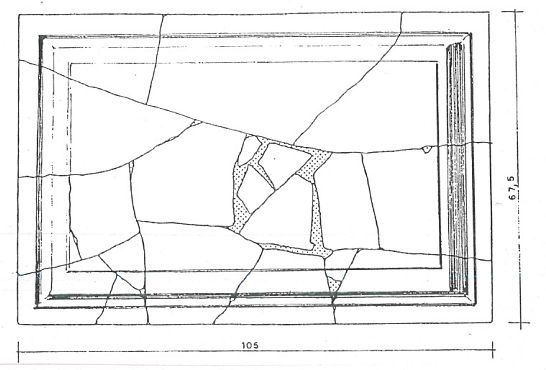 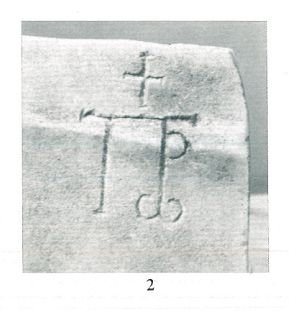